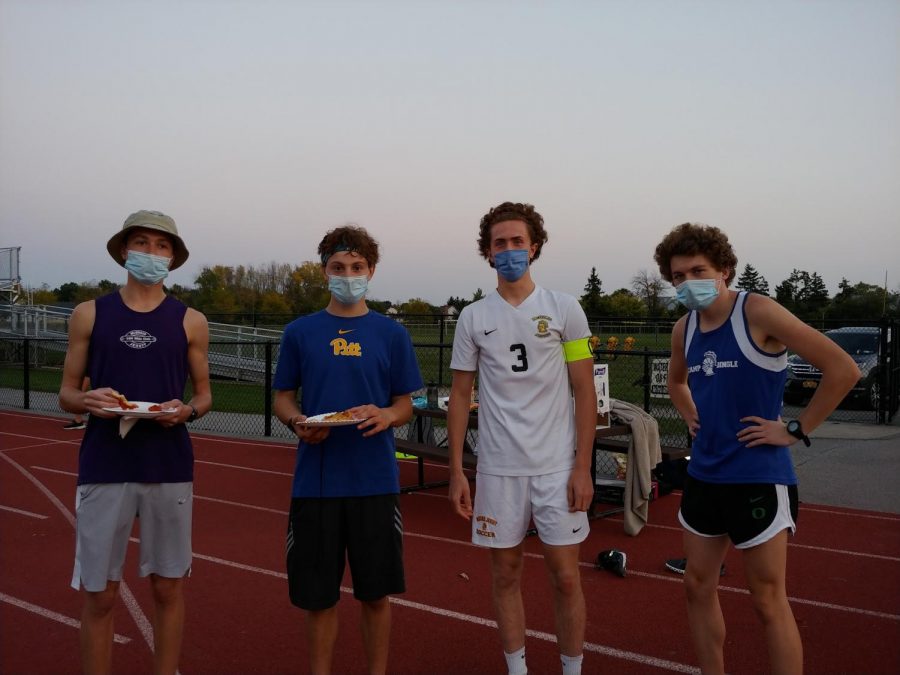 In October, some competing athletes in their lunch locations share their thoughts on the season and the uncertainty that Covid-19 has left with them.

A real fall sports season is something we are all deeply missing. The health guidelines that Governor Cuomo approved have allowed McQuaid’s soccer and cross country teams to compete for a sectional title as long as guidelines are being followed.

“I am very grateful to be able to compete. Through out the summer it was kind of back and forth on whether or not we were going to have a season and being a senior, being my last season, I was definitely very relieved when we heard the news we were going to be able to start and have some sort of season,” said Justin Carl, ’20.

“I think our team is very good this year, we definitely have a lot of skill…I think we have just as much of a chance as anybody,” proclaimed Carl.

The cross country team is very grateful to compete. “To be able to compete at all is a big privilege,” says Collin Brown ’23.

Many of the runners think they can win a sectional title. “A hundred percent, guaranteed,” said Brown.

The soccer team remains undefeated heading into the sectional tournament and is a large favorite to win with 8 wins and zero losses. The cross country team has 4 runners that could crack into the top 10 at the sectional race. Both teams are ready to compete for the win.