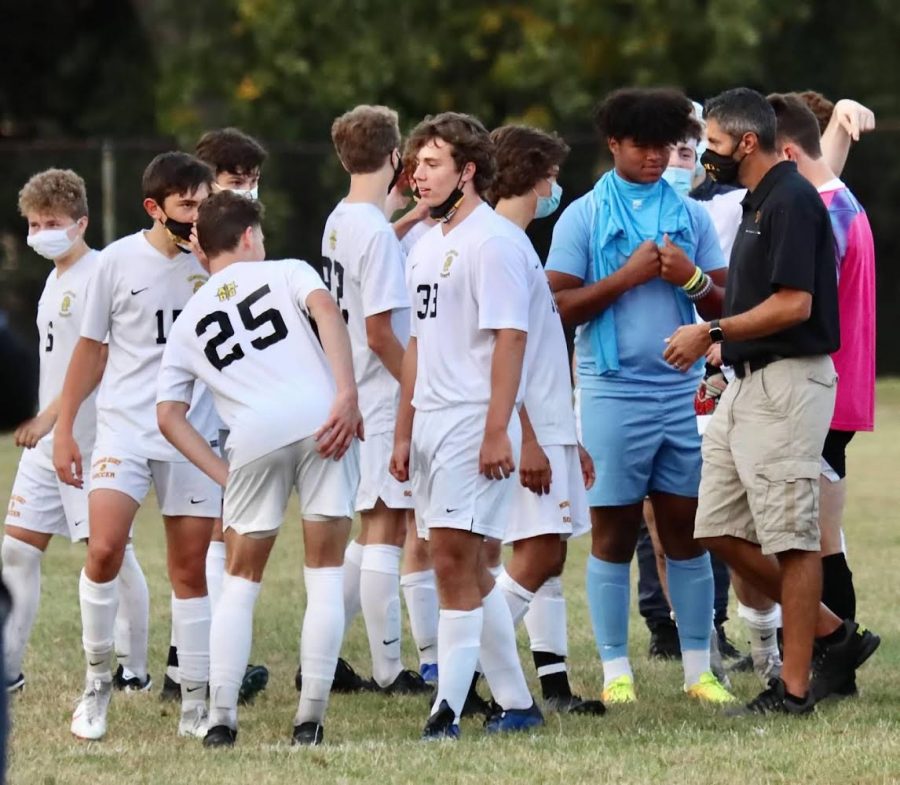 The McQuaid Jesuit Soccer Team defeats Bishop Kearney on Nov 6th by a score of 4-1 to clinch the #2 seed in sectionals.

McQuaid’s offense is averaging just under 2.5 goals per game. McQuaid’s playmaking and teamwork has played a big role in the team’s success.

“We have some dynamic playmakers that achieve that for us, but like I said, it’s more of the teamwork that starts that offensive push,” says McQuaid’s Coach, Nino Pilato.

Team chemistry has also played a major role in the Knights goal of achieving an undefeated regular season.

“We really just started practicing early in the season, even with the season delayed to the 21st, we started early in the summer organizing workouts and practices which I thought really built our chemistry to play well together,” says McQuaid’s junior Center-mid, Elliot Aguirre.

McQuaid’s sophomore goalie, Niyen Ruffin, and returning AGR junior Center-back, Jake Leone, have led McQuaid’s defense to holding opposing teams to less than one goal per game. The defense has also done a great job in giving the offence the time of position it needs to score.

McQuaid plans on adding another Class AA Sectional Title to their resume as they continue to exceed expectations.