The Tale of Two Grinches 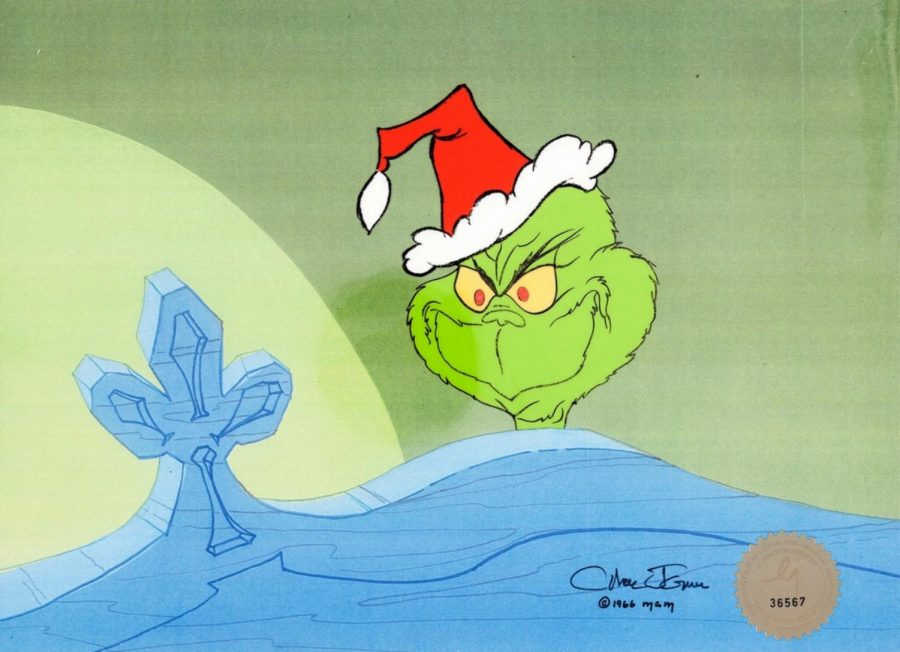 The original cartoon version of "How the Grinch Stole Christmas" appeared in 1966.

The classic screen adaptation of Dr. Seuss’ How the Grinch Stole Christmas was produced in 1966.  Recently there was a new “The Grinch” movie released in December 2018.  But does this re-make hold up when compared to the original?  Personally, I believe the classic is fantastic, the recent is decent.

The Same but Different

The Grinch is the famously hated Christmas “villain” who tries to steal Christmas.  He is always grumpy until he realizes that Christmas isn’t that bad after all. The movie and the program portray the Grinch differently in a few ways.

In the new movie the Grinch is sinister at the beginning, knocking over kids and snowmen and ruining decorations.  As the movie progresses, he becomes so angry that he steals all of the presents, just like the 1966 program.  Then the Grinch realizes what he has done when he hears the Whos singing. His heart swells and he puts all the Christmas stuff back.  The plots are basically the same, but some slight holes in the 2018 movie plot left me guessing.

The 2018 movie tries to go back into the Grinch’s past, but it does not make a whole lot of sense.  The flashback is to the Grinch’s childhood, but it is also in the present–very confusing. It gives a little bit of a Matrix feel because for a minute you can’t tell if it is in the present or past.  The producers were possibly going for a “Scrooge” theme but didn’t fully commit to it.  Also the way Cindy Lou Who is characterized just seems a little off.  She looks like she is 5 years old, but she somehow is smarter than all of the adults in the movie.  There isn’t any background on her.  It just seems like she grows affectionate for the Grinch because he dressed up as Santa.

A very big problem with the new movie is that, at the beginning, the Grinch is trying to destroy Christmas for the kids in the movie and in real life.  What I’m talking about is how he points out how Santa is not real–not very kid friendly, especially during the Christmas season.

Although some minor plot holes were found, overall I believe the movie was great.  When I was in the theatre, I felt the Christmas spirit, the kids were laughing, and the parents were happy.  The movie accomplished the goal of spreading the Christmas spirit, which is what the purpose is supposed to be.

I also liked how there was a deeper plot in the movie than in the original program.  It provided a more in-depth storyline instead of just a green guy’s change of heart.  Except as I said before, the classic is fantastic, the recent is decent.

So why might I think the classic program is so much better than the new movie?  It’s plain and simple.  When you think of Christmas movies, you think of Frosty the Snowman, Rudolph the Red Nosed Reindeer, and the Grinch.  The television program created this iconic image of the Grinch, possibly the most well-known Christmas character of all time, other than Santa of course.

The classic program creates this magical story about how a “grinch” who hates Christmas changes his feelings and spreads the Christmas joy.  Without this program the Grinch would not be nearly as well known as he is now. It basically came down to which one was the most practical.  The television program explained the meaning behind the Grinch’s malice and his sudden change of heart, but in the movie the change comes a bit out of nowhere.

Lastly, the original cartoon is rated 100 percent rotten tomatoes, by movie critics on rottentomatoes.com, making it one of the best “movies” ever.  While the new movie is rated only 57 percent. The movie just didn’t fully fulfill expectations.  In conclusion: the classic is fantastic, the recent is decent.