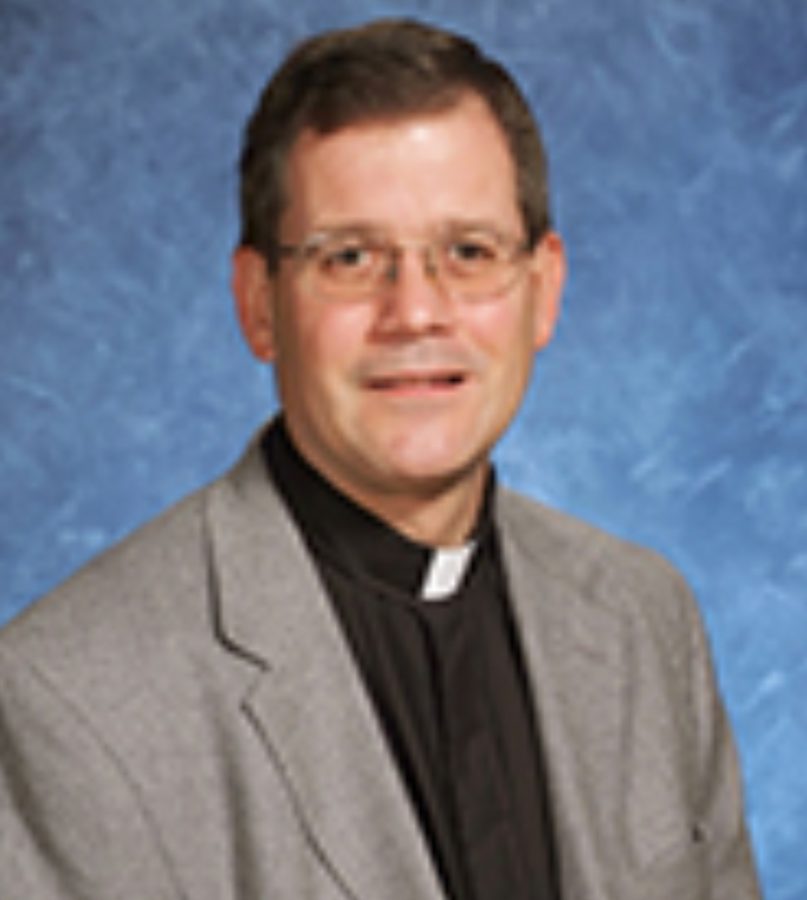 Father Judge has already established several priorities for the 2020-2021 school year.  First, Father Judge wishes to get to know the McQuaid community, faculty and the day to day operation of the school. This also includes our alumni, where he wishes to forge a more tight-knit community with those who have already graduated from McQuaid.

Judge says, “ A first year anywhere is a time for getting to know a place. Ideas will emerge ​from hearing the hopes and desires of students, faculty, staff, and alumni.” His first priorities are “ to get to know the community and what we should celebrate” and “to forge close contacts with our alumni community.”

Father Judge is also interested in understanding the faith upon which McQuaid Jesuit is rooted. Along with McQuaid’s personal needs, he showed great concern about the Catholic Church, regarding the clergy abuse crisis. When asked about the topic, Judge said, “Again, I look forward to seeing how faith is experienced and encouraged at McQuaid. It should be at the heart of every Jesuit enterprise. Especially in a time when the Church has been so badly damaged by the clergy abuse crisis, we need to be sure we have a safe environment in which we can celebrate God’s care for and challenges to us.”

He also believes there is still an urgent need to combat vaping among teens. Judge believes there needs to be a two part plan, first to educate about the dangers of vaping, then further laws restricting it.

“With some luck, legislation will ensure that the most dangerous aspects of vaping, including its toxicity and deliberate attraction to young people are eliminated. Beyond that, there remains a need for education about bad effects and a challenge to take a physical and ethical high road when approaching illegal substance use.”

Father Judge was born and raised in New York City, where he received his Jesuit high school education at Regis High School. Aside from McQuaid, Father Judge has taught at three other Jesuit schools. While he has been assigned as president and a teacher of various other subjects, his favorite job is teaching English.