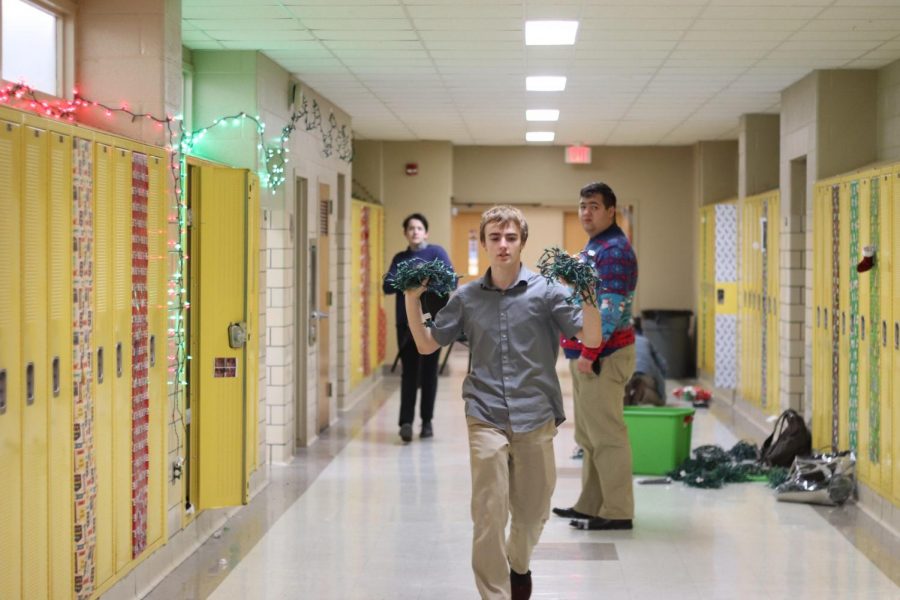 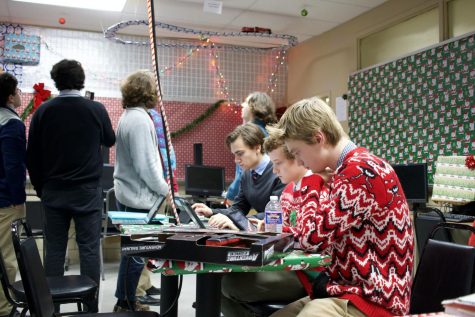 It all began when some small decorations and ornaments were strung up in the senior computer lab. This lab has recently been referred to as the new “senior lounge” by many members of the class of 2020. Over the course of that first week, many more decorations were brought into this room, filling it with holiday spirit. A week later, the halls were decked with lights, wrapping paper, and stockings. 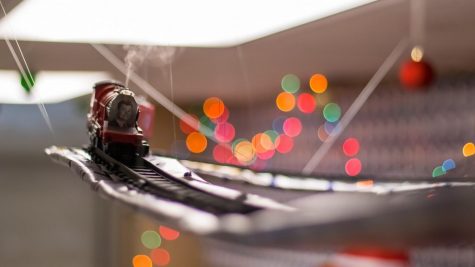 Additionally, students were able to involve the faculty members within certain aspects of the decorating. In the back of the lab rests a Christmas tree with ornaments featuring photos of current faculty members at McQuaid Jesuit. This tree has been promptly renamed to the “Facultree.” 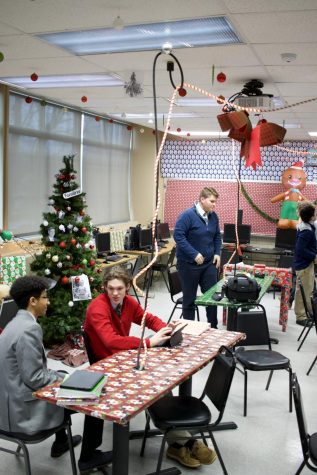 Throughout the school day, students will use the projector to play Christmas movies, Christmas songs, or even display a video of a fireplace. The senior computer lab has truly transformed into a unique lounge where students can relax and enjoy their final Christmas season at McQuaid Jesuit.

Ryan Hoffman, ‘20, an Executive Council member, spoke of the decorating of the computer lab as unique. Hoffman said, “In all the years I’ve been at McQuaid, I can’t think of any senior class taking matters into their own hands to decorate a vacant room like this and just enjoy their time in there.”

Students were unsure whether or not the administration would allow the computer lab to keep being decorated. Hoffman additionally commented on this matter, “Honestly, I’m thankful that the administration allowed us to keep the room going. I think that they can see that we’ve put so much work into this room and how much we’ve actually come together.”

The decorating process of the hallway and the lab was a unifying experience for the class of 2020. Casey Howlett, ‘20, an Executive Council member, was asked on whether or not he saw the decorating as bringing the class together. Howlett responded, “Yes, this has definitely united the senior class more than it already has been. Almost everyone in the grade has contributed to the decorating. From Christmas inflatables, to a Christmas train…we’ve done it all.”

Talbot also comments on the unifying aspect of this, “To me, the most interesting part of decorating the computer lab and senior hallway has been witnessing the senior class working in unity. It has been amazing to see some one-hundred and forty-some students collaborating with the same final goal. Everyone’s unique talents (planning, decorating, etc.) have been brought out by this project.”

Later, on Tuesday, Dec. 17, 2019, the 2019-2020 Executive Council held the first ever annual senior Christmas tree lighting in Carriero Commons. The tree lighting was immediately followed up by a massive snowball fight. The class of 2020 created another tradition by gathering students to light up a real Christmas tree outdoors. 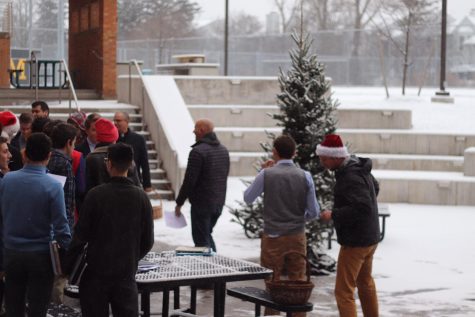 Casey Howlett commented on the tree lighting, “This idea was so special because it was just another way to unify our class together. Through the help of Father Reiser, we were able to make this event work.”

It is safe to say that the class of 2020 is truly unique and special. They have opened up far more possibilities for the upcoming senior classes and how they are going to express their Christmas spirit. The class has taken large steps to come closer together during this school year, and the Christmas decorating has been just one unique way to do that.